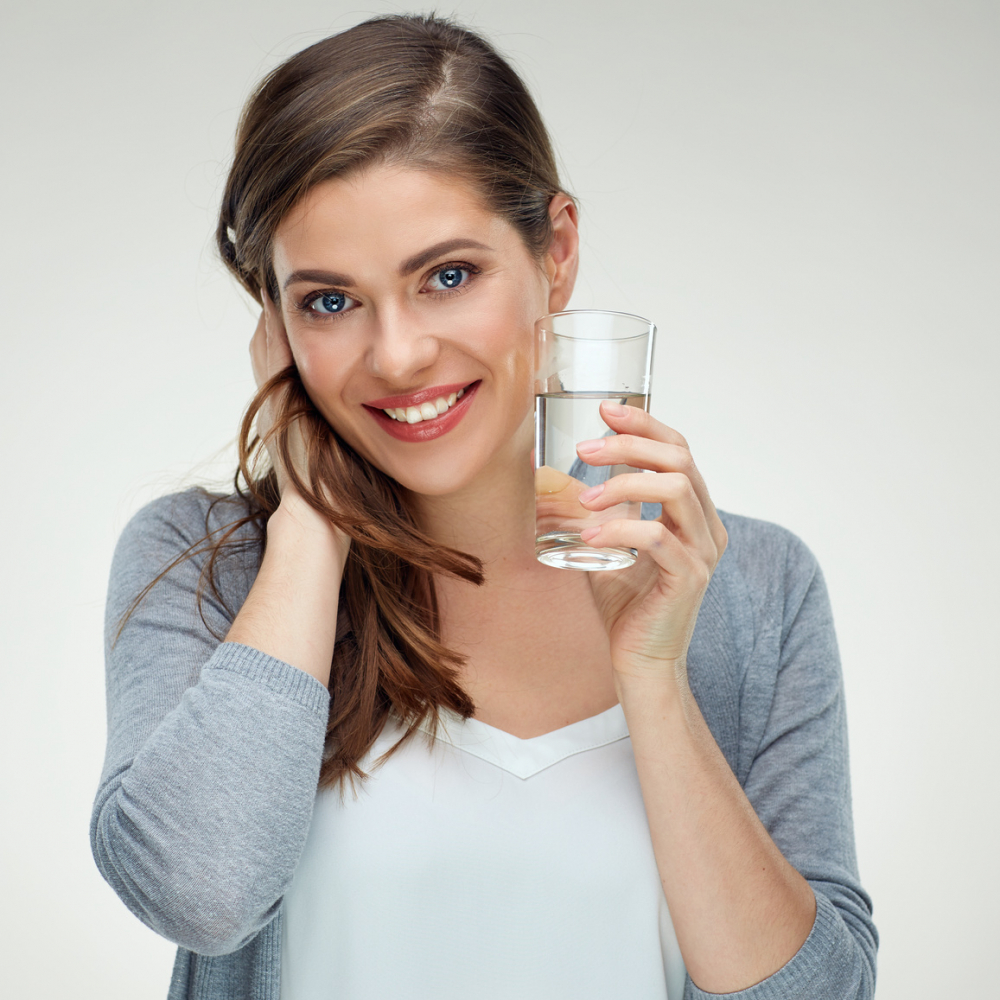 What Is In Your Tap Water?

We all know that drinking enough fluids -- and in particular, pure, unadulterated water -- is essential for maintaining long-term health, energy levels and focus. UK water regulations are very strict and strictly enforced, so our water is generally safe to drink straight from the tap, although it won’t necessarily taste the best, depending on where you live. Others swear by bottled or filtered water, either for health reasons or for better taste, or a combination of both.

What is the bottom line on tap water, then?

What is in it, in addition to the pure H2O itself, and should you worry?

Probably the best known chemical found in drinking water, chlorine is used by many UK water companies to kill bacteria and other harmful microorganisms. This is an essential treatment that ensures safe drinking water and prevents waterborne diseases. The levels of chlorine used to purify tap water are strictly regulated and generally low, but there are still some health concerns associated with long term exposure to chlorine, whether by drinking or during showers or baths.

When chlorine reacts with organic compounds naturally occurring in water sources, it can lead to a chemical reaction that creates compounds called  ‘trihalomethanes’ (THMs). High levels of THMs have been associated with a range of  health issues, including increased risk of birth defects and bladder cancer. Although these risks are considered to be relatively small, they are not zero, and nobody really knows how they add up.

Chlorine in water can also exacerbate the symptoms of various autoimmune conditions, such as asthma, psoriasis or eczema.

In addition to the potential health risks to people, chlorine affects the taste of water, and some people appear to be more sensitive to that than others.

If you keep fish, removing chlorine from tap water is essential for their survival, as most aquarium fish do not tolerate even very small chlorine contamination.

Chloramination (chlorine and ammonia) is used as an alternative method to remove harmful microorganisms from tap water. Similarly to chlorine, it can also lead to the formation of compounds (iodacetic acid and N-nitrosodimethylamine) that have been linked with higher cancer risk as well as various skin, respiratory and gastrointestinal issues.

Despite all the efforts (and the resulting side-effect risks to health and well being from chlorine and chloramines) to remove disease-causing bacteria from the water supply, some of them remain, or may end up contaminating the water on the way from the water treatment plant to your tap. Common bacteria like E-Coli or Cryptosporidium can cause gastrointestinal upsets, especially in young children, the elderly or pregnant women.

Contamination with heavy metals, particularly lead, can happen as a result of a leaching from older water pipes. This is more likely to be an issue if you live in an older property: if you live in a pre-1970 house, there is a small probability that the pipes connecting your home to the water mains might be made of lead. Traces of lead can leach off these pipes into your drinking water. Although the lead levels in tap water in the UK are generally low, ongoing exposure can cause accumulation, particularly risky for young children and pregnant women.

If you are concerned, you can ask the water company to test your water pipes -- they are responsible for the one connecting your home to the mains. More information about lead in tap water in the UK can be found here.

A lot of water supply is recycled, and although it undergoes a stringent purification process, the residues of various prescription and illegal drugs are not filtered out. Test have found numerous pharmaceuticals in the majority of drinking water samples in the UK, including antibiotics, antidepressants, high blood pressure medications, blood thinners, digoxin, cholesterol, painkillers and tranquillisers.

Although concentrations of these substances are not considered to be harmful, there is no good data on the risks of long-term cumulative exposure. Of particular concern are hormones from contraceptive drugs, as, unlike straightforward chemical drugs, they can influence our bodies even in very small amounts, potentially leading to disturbances in reproductive systems including development issues, fertility problems and cancer.

Fluoride, microplastics containing cancer-causing BPA, volatile organic chemicals (VOCs) including pesticides and herbicides, as well as thousands of various chemicals from household cleaning, laundry and personal hygiene products… the list is endless. And only some of these substances are tested for or actively filtered out in water treatment.

Although not “immediately harmful” or poisonous in tiny doses, many of these substances are known to be harmful (sometimes extremely so) at higher concentrations. Few if any are routinely tested for in tap water, and there are no consistent or reliable data on health effects of long-term, low-level exposure.

Fluoride is an element naturally present at low concentration in most of the UK drinking water. It is also added to drinking water in some areas, because there is some evidence that it might prevent tooth decay. This remains a controversial practice, and some people believe that potential risks of overexposure (from combining water with high levels of fluoride with other sources) might be dangerous to health.

The level of certain minerals in the water -- mostly calcium and magnesium -- determines its hardness. Although harder water tends to taste better and is believed to have some health benefits (it provides magnesium, which is good for the heart), it causes numerous problems with cleaning: from laundry to washing hair, the detergents are less efficient, so you need to use more.

The buildup of limescale is not only unsightly on the tiles or visible plumbing, but damages washing machines, dishwashers, and boilers, and clogs up shower heads, taps and pipes.

It can also make symptoms of eczema worse for people suffering from this condition.

How does water in your tap compare?

If you have concerns about the quality of your tap water in general, or your own sensitivity to particular contaminants, getting your water supply tested might be a good idea. DEFRA information page is a good starting point.

Using an appropriate water filter, whether just for drinking water, or for all household needs, might be a good solution, and cheaper than using bottled water (which comes with its own problems).

ALL RIGHTS RESERVED TO AQUATI.CO.UK